FREE uk SHIPPING ON ORDERs OVER £25

FREE international shipping on orders over £50

The hit television show Euphoria has skyrocketed in popularity as a result of its completely unique and striking makeup style. The show’s makeup artist Doniella Davy utilises glitter, rhinestones and neon colours in order to create some of the most influential looks we have ever seen– it has even become a trend on social media to recreate them. Each character has their own signature look which defines them. Here are some of our favourite Euphoria looks thus far with In Your Dreams products that can help you achieve them! Rue Bennett, played by Zendaya, is the show’s narrator and main character. She is best known for her “glitter tears.” While Rue wears the most simple makeup out of all the characters, it is still very distinct to her. Maddy Perez, portrayed by Alexa Demie, is a cheerleader who always knows what she wants. By far, Maddy has the most iconic looks in the show, as she is always sporting some new way to wear rhinestones on your eyes. We are OBSESSED!

Maddy’s most famous look from the show is rhinestones placed carefully around her eyes with a bright blue shadow all over the lid. Without question, the best product to recreate this look is the Iridescent Phantom Face Gems. This brand new pack contains a pair of self adhesive eye jewels that can be placed around your eye to get this look in seconds. If you want to achieve the full look, add our Gold Alya jewels into your hair! Jules Vaughn, depicted by Hunter Schafer, moves to the suburbs from the city and stands out from the rest of the characters for her strong sense of style. Jules can often be seen wearing neon-coloured makeup with some kind of graphic shape. Our favourite look of hers so far is the famous “cloud” eyeliner! This makeup look consists of white, cloud-shaped eyeliner around the corners of each of her eyes.

The perfect way to put your own spin on this look is by placing the Gold Alya All In One Face Jewels around the liner! This pack is made from a mix of delicate iridescent and gold sparkling gems that will help you transform your makeup looks! 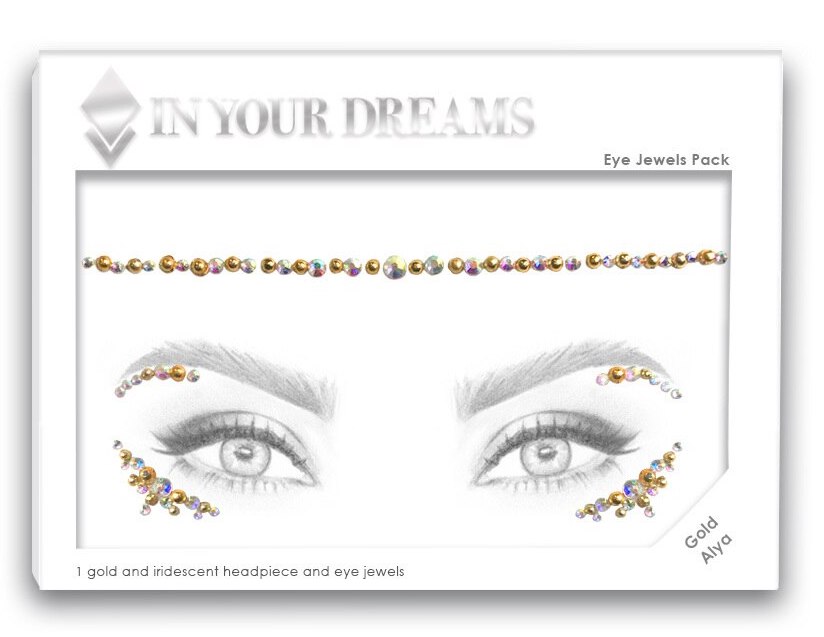 Cassie Howard is played by Sydney Sweeny. She can be shy at times and usually just wears a thick, black eyeliner for her everyday makeup, but has definitely had her iconic makeup moments. One of these moments is her figure skating dream– we can’t get enough of it!

This look consists of blue gems forming a cut crease connected to a cat eye with a blue shadow on the lid and silver gems placed all around her face. Our Rainbow Peacock Jewels are perfect for recreating this look! This box of loose gems contains 12 iridescent colours reflecting the updated Pride flag. You can wear these beautiful marquis shaped gems on your face, body, nails and even your hair. 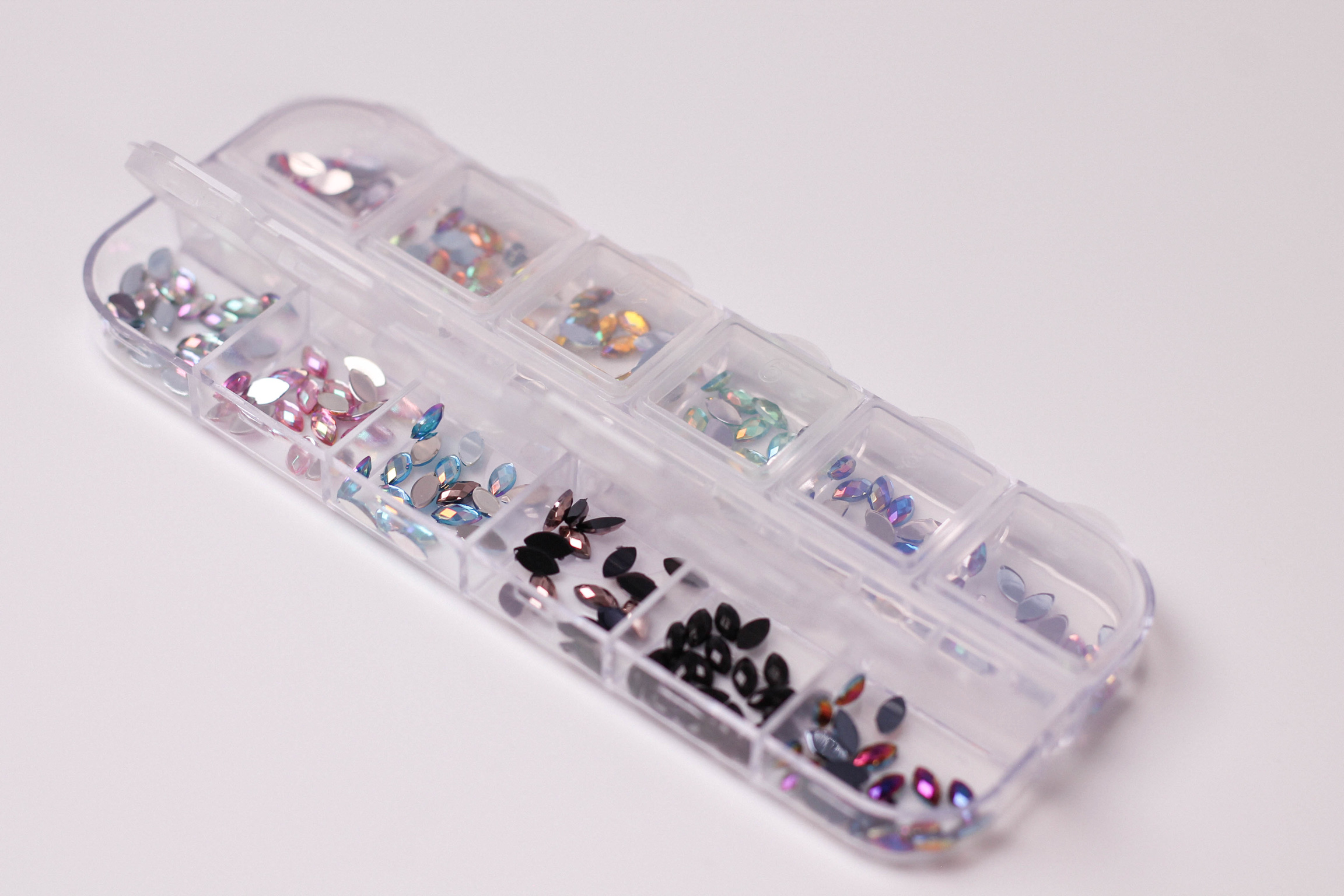 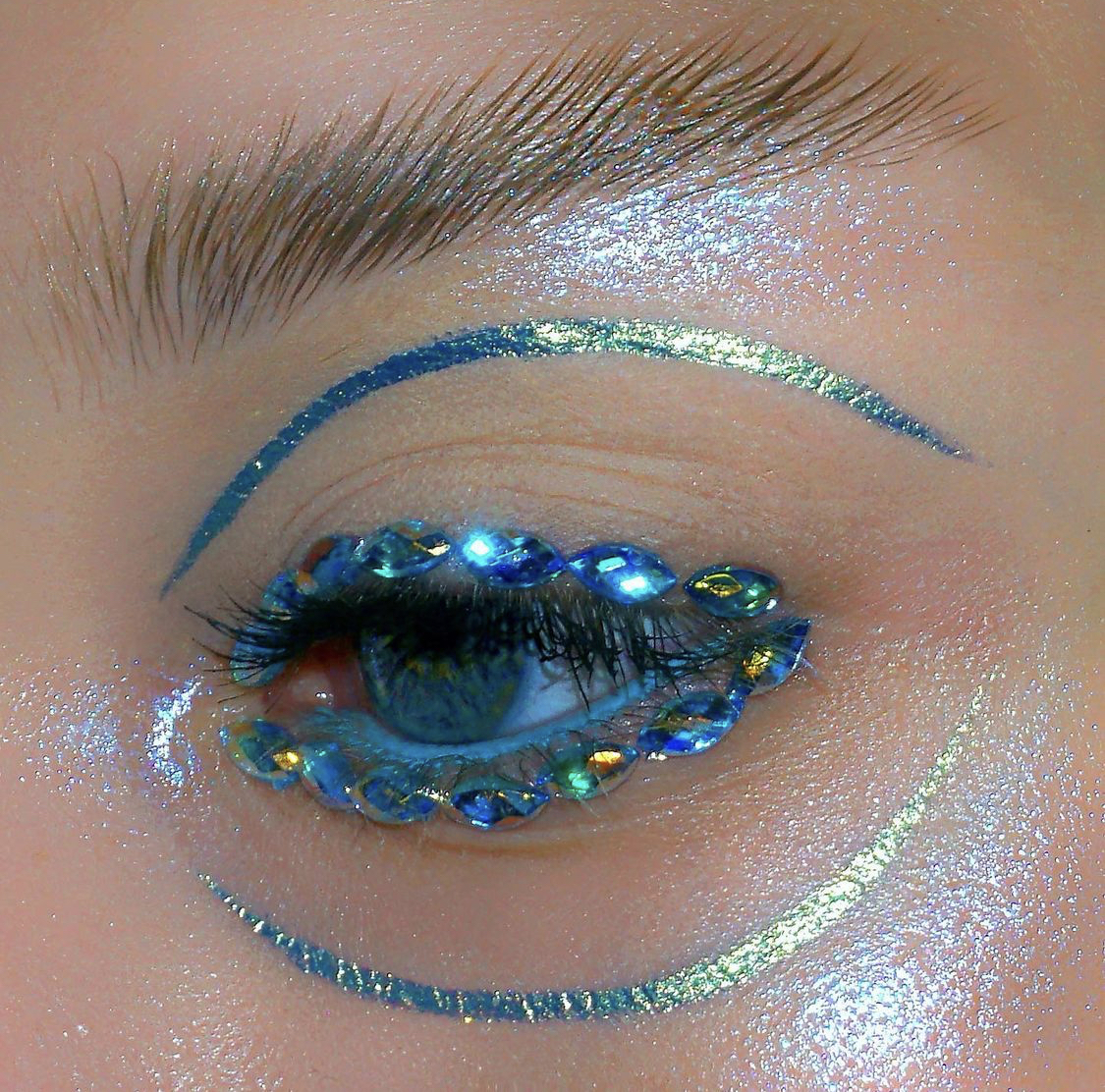 Last but not least is Kat Hernandez, played by Barbie Fierreira. Kat is extremely confident and her makeup often reflects that. By far, her most striking look is her Halloween costume. Kat wears thick black liner and a bright red eye with matching lipstick to go with it as part of her nun costume.

The best way to accentuate this look is to add the Silver Selene Chunky Glitter on the perimeter of the liner. The Silver Selene chunky face glitter is made from a mixture of glittery holographic silver stars, diamonds, circles and silver glittery magical dust designed to make the face and body shine!